The wavebalance® therapy system: the healing rhythm of waves 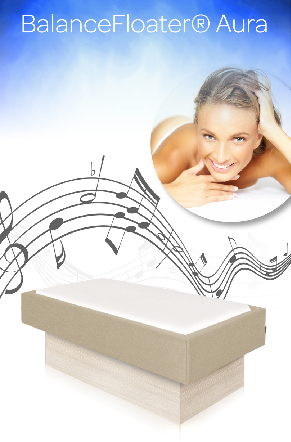 The flowing, rhythmic and wave-like 3D oscillation technique is borne by water, reducing the energy expenditure of the therapist

wavebalance® is a comprehensive therapy system, developed by physiotherapist Manuela Sonntag. Its unique feature is the holistic combination of warmth, water, wave undulation and the manual skills of the therapist – as the basis for the full unfolding of the body’s self-healing forces. This results in a perfect interplay of therapist, patient and the healing powers of water with the aim of ‘reorganising’ the body of the patient.

Integration into everyday movement
The therapeutic success of the wavebalance® system lies in the playful and natural handling of the patient, combined with the long-term promotion of the patient’s movement and relaxation skills. People of all ages rediscover joy in movement, which they automatically incorporate into their everyday lives – simply by way of ordinary movement such as walking. “Becoming active is easier than we often think,” says wavebalance® developer and physiotherapist Manuela Sonntag. “When we discover the natural mobility within us, it happens all by itself.”

BalanceFloater® as co-therapist
The optimum foundation for the undulating, rhythmically flowing movement and treatment technique is the BalanceFloater®. In cooperation with Akva Waterbeds A/S, wavebalance® has developed a treatment bed filled with approx. 500 litres of warm water – for massages, therapies and movement. The undulating water acts as a ’co-therapist’, reducing the therapist’s own energy expenditure at every treatment.

BalanceFloater® Aura with sound system
The BalanceFloater® Aura extends the wavebalance® programme to include the component of music via a high-end sound system for water beds. The structure of water reacts to every kind of oscillation – natural sounds, language or soothing music. The core of the waterbed transmits the oscillation to the whole body as palpable vibration. Feeling and hearing blend into one deep-reaching experience. The BalanceFloater® Aura is the only system in the world which can regulate the intensity and frequency of three separate zones below the watercore independently. Using special surround sound speakers the system results in an especially natural and profound sound perception.